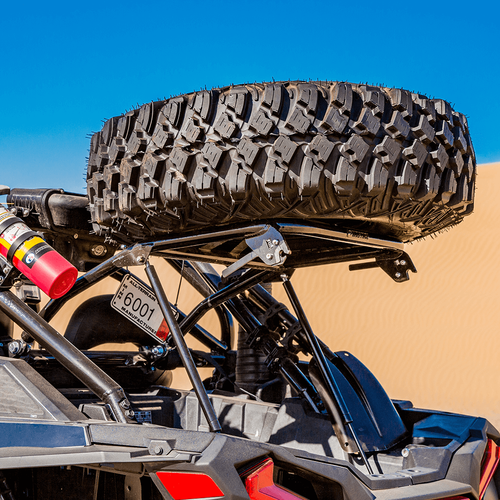 A Polaris RZR is a side-by-side sport vehicle produced by Polaris Industries. It was released in the year 2007 as a 2008 model, and was marketed as a sportier sub-model of the Ranger. The Ranger is a work-oriented side-by-side. This article will give you information about the RZR and its features. You can also learn more about the RZR polaris before purchasing one.

Two of the models have different engine power. The Pro R model features a 2.0-liter naturally aspirated engine that produces 225 horsepower. The Turbo R has a two-cylinder turbocharged engine that puts out 181 hp. The RZR has been recalled since June 2013 for heat damage. Consumers should not buy RZRs until they have inspected their safety features. The manufacturer is not responsible for the safety of the riders, but is making changes to address these problems.

The RZR 170 is the youth-class SxS. Powered by a 169cc four-stroke engine, it is capable of carrying two kids across rough terrain. The RZR 170 has many higher-class features such as powerful disc brakes, daytime running lights, optional big-wheel kits, and a convenient electric charging station. While the RZR 170 is a fun, low-priced alternative to a full-size quad, it’s not for the faint of heart.

The Polaris RZR 800 LE trim adds even more features to the SxS segment. It has a lot of exclusive features that make it more desirable for off-roading. The Electronic Power Steering (EPS) system makes steering on rough terrain easier. It also offers a high-performance ride and ease of turning at low speeds. A Polaris RZR 800 LE features the same power specs as the RZR S 800, but with an added benefit of a more luxurious interior. It has upgraded seats and suspension springs. The RZR 800 LE trim has a spacious rear cargo box and exclusive color schemes.

The Polaris RZR Turbo R is a multi-terrain motocross machine that delivers the ultimate performance in tough terrain. Its 74-inch stance and DYNAMIX 2.0 suspension system gives it ultimate maneuverability in trails and multi-terrain terrain. Its DYNAMIX DV suspension uses sensors to continuously optimize rebound and compression damping to ensure a comfortable and controlled ride.

The Polaris RZR 800 was the first SxS to be built for trail riding. It is one of the toughest off-road machines, and features a low center of gravity. Its low center of gravity provides exceptional stability in straight lines and turns. With its on-demand AWD and heavy-duty engineering, the 2011 Polaris RZR 800 is built to meet your expectations. While it may be intimidating to purchase an RZR 800, it will leave no stone unturned.

Next post Advantages of Buying a Wrangler RZR Windshield